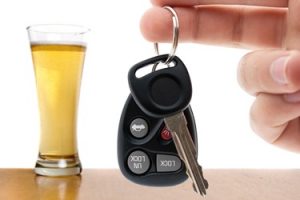 A drunk driving charge and conviction in Worcester County is a dangerous endeavor that everyone should take measures to prevent. However, it is, unfortunately, a reality that DUI  can happen to anyone and does occur all too often. The offense of operating under the influence not only carries the potential of significant criminal penalties, but also, administrative action by the Registry of Motor Vehicles against an individual’s right to operate a motor vehicle in the state of Massachusetts.

Administrative Penalties by the Registry of Motor Vehicles

Drivers under the age of 21 are subject to additional administrative RMV consequences as the result of failing or refusing a breath test. If an individual under the age of 21 registers a .02 or above on a breath test, their right to operate will be suspended for 30 days. If said individual is under the age of 18, they will also suffer a 1 year license loss under Chapter 90, sec. 24P(Youth Alcohol Program). If the individual enrolls in the 24P program or enters a first offender program, they may apply for a waiver of that suspension and have the 1 year YAP suspension reduced to 6 months. If an individual is over 18 but under 21 and registers a .02 or greater, the YAP suspension is 6 months. An individual can apply for a waiver of the entire 6 months if they enroll in the YAP program or a first offender program.

These administrative suspensions are in addition to any suspension that will result from a conviction of the underlying OUI charge.

Operating under the influence is a misdeameanor punishable by up to two and one-half years in the house of correction and a fine of up to $1000. A conviction for OUI carries with it a loss of license for 1 year. First time offenders are eligible to be considered for enrollment in an alcohol education program under Mass. Gen. laws. Chapter 90, section 24D. Assignment to such program reduces the loss of right to operate to 45-90 days and makes certain offenders eligible to be considered for a 12-hour limited driver’s license.

Those charged with OUI after having been convicted or assigned to an alcohol education program in the past are subject to a sixty-day sentence in the house of correction, thirty days which must be served, up to two and one-half years and a two year loss of license. As an alterative sentence, a person convicted of an OUI-second offense can be sentenced to a two-year period of probation with an order to attend and complete a 14-day impatient treatment program and all aftercare. If an individual’s prior offense was over ten years ago, they may be considered for a first offender 24D disposition.

The law firm of Monopoli & Monopoli has been defending individuals charged with OUI/DUI for over 40 years. Contact our office today to schedule an appointment and see how we can help you through this time.